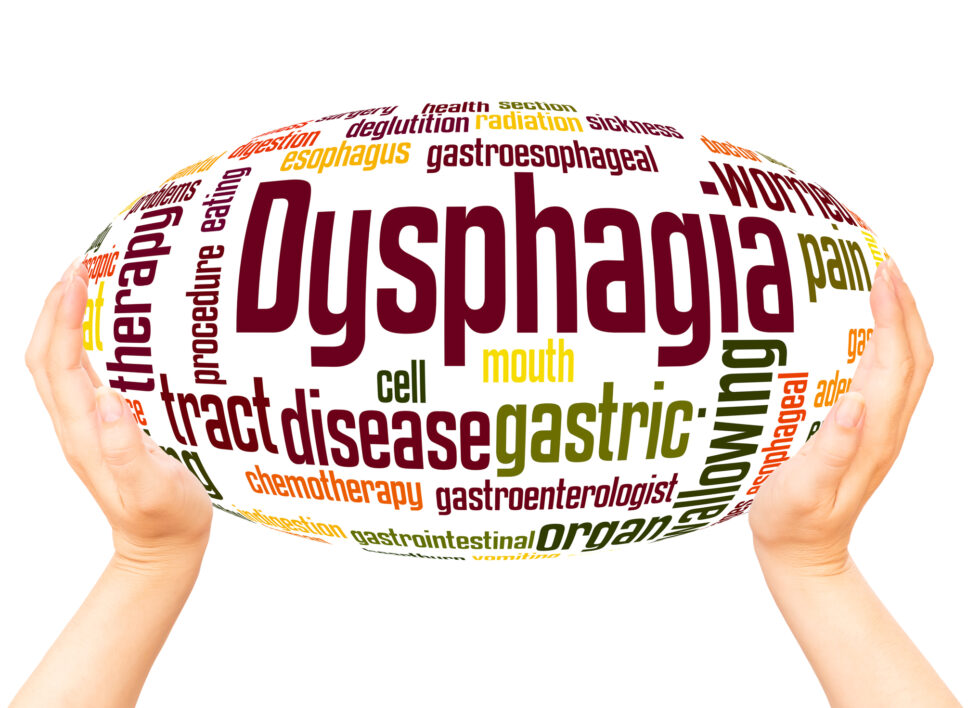 The process of swallowing our food and drinks is something we often don’t think about because it happens so effortlessly when everything is intact. This seemingly simple process actually requires the coordination of over 50 muscles and many nerves working together to ensure what we swallowed goes down into the correct tube, your esophagus (or food pipe), and not down your trachea (airway). When the swallow becomes impaired, this difficulty is referred to as dysphagia. Dys is Latin for “abnormal” and phagia is Greek for “eating”. When a person has dysphagia, it can lead to malnutrition, dehydration, airway and lung scaring, airway obstruction and/or aspiration pneumonia. Aspiration pneumonia is when something is brought into the lungs when trying to swallow (aspiration) and that aspirated material becomes infected turning into pneumonia.

It is estimated that dysphagia will occur in 1 in 25 adults and at least 50% of Americans over the age of 60. The swallow also happens to be one of the last functions to naturally fail towards end of life and is often a crucial symptom that prompts end of life or hospice care. In last month’s issue I discussed how women with autoimmune diseases are at high risk for dysphagia. This month the light will be shown on men and what puts them at high risk for swallowing disorders.

Men are twice as likely to develop Parkinson’s disease as women are. Neuro inflammation plays a key role in the development of Parkinson’s disease. It is believed that estrogen plays a significant role in providing protection for women due to its anti-inflammatory properties. However, when the estrogen gets significantly disrupted (such as during menopause) women become more susceptible and actually experience a more rapid disease process should they develop Parkinson’s. Parkinson’s disease is a slowly progressive disorder that affects movement, muscle control and balance. As the nerves that control movement and various bodily functions become less efficient, multiple areas that are necessary for a functional swallow become impacted. This also has a negative effect on the voice. As soon as signs of difficulty swallowing or maintaining a normal speech volume begin to appear, it is important to address this with your neurologist and get a referral for speech therapy. A good exercise program for these difficulties can significantly decrease the rate of decline and improve quality of life.

Strokes are a leading cause of death for both men and women. Currently for women it is the third leading cause of death and for men it is the fifth; however the rate of strokes are much higher among men and is a leading cause of disability. Aspiration when swallowing may be very obvious after a person has had a stroke as demonstrated by frequent coughing when eating or drinking. In many cases however, the person may be silently aspirating (without coughing) and not be aware that traces of food/drinks are making their way into the lungs. This is due to the nerve damage from the stroke. In a healthy swallow, if even a tiny bit of our food or drink goes down the wrong way the body responds by coughing in order to eject the material away from the airway. The last thing we want to do is bring foreign materials into our lungs as this can possibly lead to infections. Swallow therapy can help restore lost function after a stroke, especially when combined with e-stim (electrical stimulation) technology.  The e-stim device delivers an electrical current to the nerves and muscles for improved contractions when swallowing. This allows for re-education of nerve firing potential while strengthening muscles needed for a strong, healthy swallow.

Cancer is a second leading cause of death for men, with head & neck cancer accounting for 4%. Men are twice as likely as women to get head & neck cancer, most likely due to a higher incidence of men smoking. There are a variety of stages that dysphagia can present itself with this type of cancer: as the tumor is growing and compressing a nerve, post-surgery due to swelling and impaired nerve/muscle, and post-radiation treatment to name a few. While cancer treatments are improving with technology, over 15 years ago radiation treatments were often performed at a higher dose and less targeted areas. This has led to severe swallowing problems due to the damage of radiation which creates fibrotic tissue in the radiated areas that worsens over time, sometimes not presenting itself until a few years have passed. Swallow therapy is more commonly being referred prior to surgical or radiation treatments for improved outcomes. By strengthening the muscles before the procedure the ability to preserve function improves. Then swallow therapy resumes after the procedure once cleared by the MD. After receiving radiation treatment, ideal swallow therapy would involve complete (or combined) decongestive therapy (CDT) along with dysphagia exercises from a speech therapist that has experience with head and neck cancer patients.  CDT is provided by certified therapists (usually an Occupational or Physical Therapist), and includes manual lymphatic drainage, compression and exercises.

If you have had a stroke, head and neck cancer or have Parkinson’s Disease then you will most likely need the skilled services of a speech therapist. Make sure that the therapist you work with has experience with your particular underlying issue. This is often difficult to verify, however one good way to increase your confidence that the therapist has more extensive training with the swallow is to ask: 1) if the therapist is certified with an e-stim provider (such as Vital Stim) and offers e-stim (also referred to as NMES) treatment 2) if the therapist is certified with MDTP (McNeil Dysphagia Therapy Program) 3) if they are a BCS-S (Board Certified Specialist in Swallowing).  If they answer yes to any of those questions, ask to see the certification as they are all required to have one after completing such training. Speech therapists treat a broad spectrum of disorders that effect speech, cognition, voice and overall communication. Some specialize in adults and others in children or infants. It is crucial to the recovery of your swallow to find a speech therapist that specializes in your population, so don’t be afraid to ask for that confirmation. 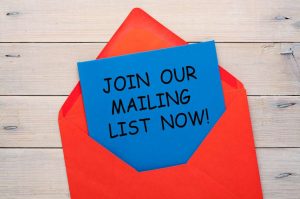